The numerical dilemma posed by the IPCMC bill 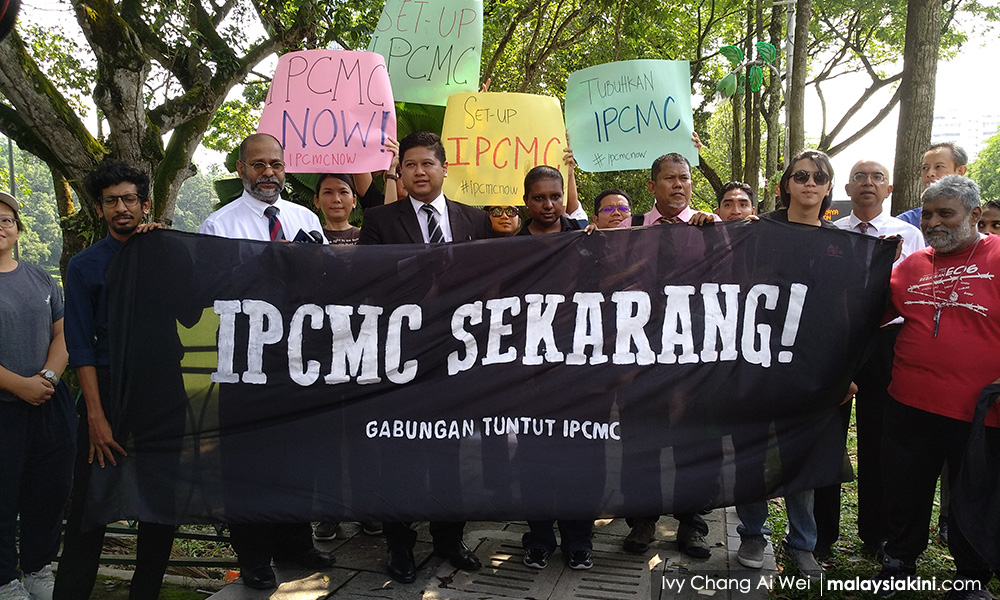 LETTER | It has been reported that Liew Vui Keong, the de facto law minister, said the first round of briefings and consultations with stakeholders about the Independent Police Complaints of Misconduct (IPCMC) Bill, tabled in Parliament on 18 July, had been concluded.

I know of two such meetings which included members of civil society. I attended one of them. I’ve spoken with friends who attended the other. Someone asked me how I feel about all of this. I said “exasperated.” Here I’ll explain why.

As I’ve written before, in recent history, minister Liew is the first to conduct such meetings and he should be congratulated for doing so. But we must ask how effective the meetings have been. Can the meeting attendees explain, with numbers, how the IPCMC era will be better than the present era?

The answer is a resounding 'NO'. I will explain why using data for three models I’ve discussed in previous articles. The models I’ve chosen have data associated with them. I’ve chosen two “extreme” models – one where the police do all complaint investigations and another where the police do no complaint investigations. These choices allow me to show starkly my numerical dilemma.

I begin with definitions commonly used in industry.

“Registering” a complaint is a must if the complainant expects it to be registered. Every complaint process begins with registering.

“Rejecting” a complaint is acceptable if it’s silly, vexatious or similarly unworthy of serious consideration. However, rejections must be recorded.

“Referring” a complaint is acceptable if its subject matter concerns another institution, for example, the MACC.

An “allegation” is a component of a complaint. For instance, one complaint may include three allegations - discrimination, using coarse language, failing to investigate.

“Classifying” an allegation enables right decision-making about who should investigate a complaint – and much else.

“Disposing” of a complaint means drawing a conclusion about the complaint, for example, “no further action” or reducing the rank of an officer. Every complaint process ends with disposition.

“Investigating” a complaint means gathering enough information to determine the disposition of the complaint.

“Handling” a complaint means the whole process, from registering to disposition, of every allegation in a complaint.

In Hong Kong, the Hong Kong Police Force (HKPF) must use their own resources to do handle every complaint. The Independent Police Complaints Commission (IPCC) must vet the investigation papers and approve the disposition. The IPCC may and very often does choose to observe interviews conducted during investigations.

In 2017, the Ombudsman registered 2,504 complaints about PSNI and fully-investigated about 835 of them.

In Malaysia, the Enforcement Agency Integrity Commission (EAIC) is one of two institutions which handle complaints about the police. The other is the police’s Department for Integrity and Compliance to Standards (Jips, for “Jabatan Integriti dan Pematuhan Standard”).

In 2017, the EAIC registered 440 complaints about the police, opened investigation papers for 108 of them and “solved” (which I take to mean “fully-investigated”) 32 of them.

Jips appears not to publish any data. In EAIC reports I’ve reviewed, I’ve found no mention of handling of complaints by Jips. Perhaps the EAIC sought data from Jips and Jips refused to provide it. I don’t know. It appears the EAIC has not reviewed Jips complaint handling procedures.

The IPCMC proposed in the bill before Parliament has elements of both the IPCC and the Ombudsman. Neither the home minister (who is responsible for the police) nor the law minister has revealed the expected number of complaints per year.

Those who attended the briefings (“consultations”) cannot answer this basic question: In relation to (1) volume of complaints and investigations and (2) lack of transparency of the police, how is the IPCMC different from the EAIC and why it is expected to be better?

How can anyone not be exasperated?

The views expressed here are those of the author/contributor and do not necessarily represent the views of Malaysiakini.