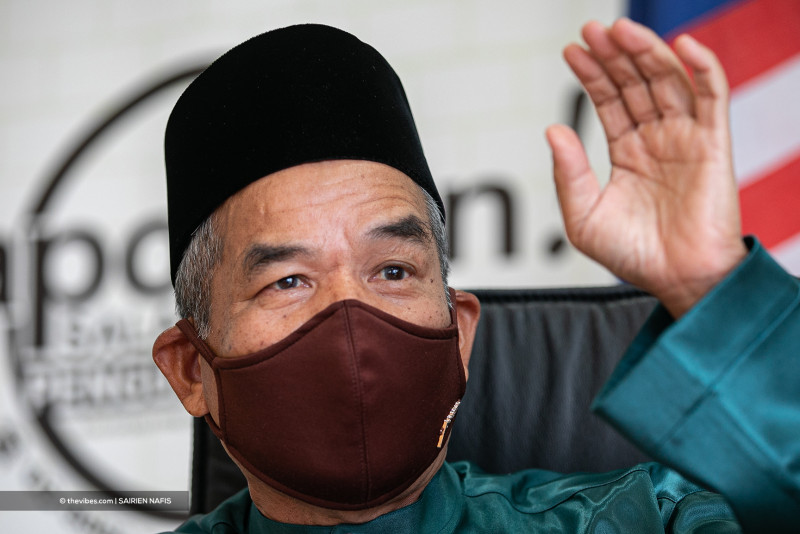 EAIC chief Tan Sri Mohd Sidek Hassan says the public raising trivial issues is unfair to the officers who are the targets of their complaints. – The Vibes file pic, May 9, 2021

PUTRAJAYA – Marital quarrels and couples’ disputes used to be under the purview of marriage consultants and therapists.

Nowadays, however, it seems that the Enforcement Agency Integrity Commission (EAIC) has been pulled into the matter – much to the dismay of its officers.

The commission’s exasperated chairman, Tan Sri Mohd Sidek Hassan, said EAIC has received far too many petty and vexatious complaints against members of the 21 uniformed bodies that it supervises.

“There are more petty complaints through e-Aduan. Many more people go there to complain. This includes spouses having spats with each other,” he revealed in an interview with The Vibes.

“There was a husband and wife who quarrelled; the husband happened to be a policeman, and we got a complaint (from his wife).

“She lodged a report just because EAIC has police oversight,” he said, adding that there have also been other lovers’ spats that land on the commission’s doorstep because the boyfriend or husband is a policeman.

Other petty grievances often reported to EAIC are on “rude” police officers who raised their voices at the complainants. EAIC has received complaints on disputes between couples where the boyfriend or husband is a cop. – The Vibes file pic, May 9, 2021

However, when preliminary investigations were conducted to find the facts and merits in such cases, EAIC found that more often than not, the complainants were the ones to have raised their voices at the officers first.

Sidek stressed that under the Enforcement Agency Integrity Commission Act 2009 (Act 700), all complaints must be entertained.

“But you can’t do anything meaningful if we are to handle all things like this. When the government established EAIC, it was to handle more meaningful cases.”

The number of petty complaints on purportedly “rude” officers increased when the Covid-19 movement control order was imposed – especially when members of the public tried to illegally get past roadblocks.

There were 699 complaints against police last year, and 225 so far this year.

Frivolous complaints place a burden on EAIC, which has a staff size of only 78 people, said Sidek.

He said the public raising trivial issues is unfair to the officers who are the targets of their complaints.

The former chief secretary to the government said complainants do not suffer adverse repercussions when they lodge reports, but the subjects of these complaints face very real negative consequences that can disrupt their livelihoods. – The Vibes, May 9, 2021