Hands full, but not tied: challenges of enforcement agency watchdog 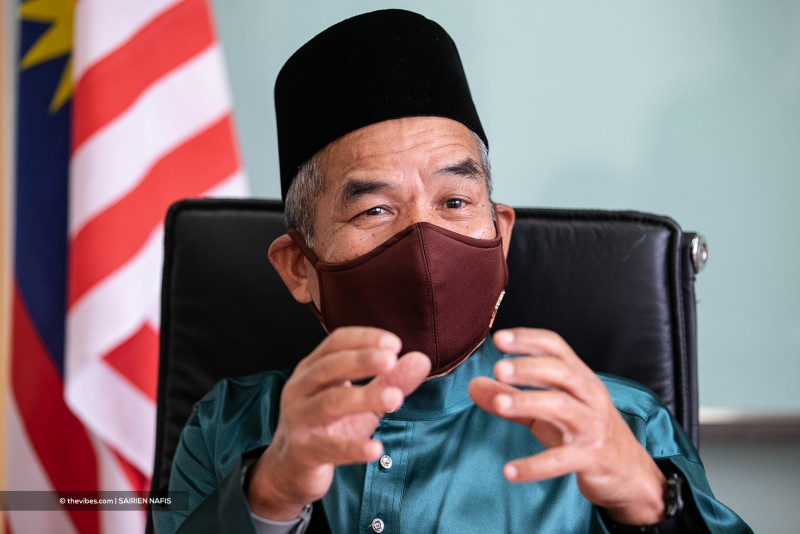 EAIC chief Tan Sri Mohd Sidek Hassan says it is far more sustainable, honourable and credible for agencies, such as police and the Immigration Department, to inculcate a culture of integrity in officers instead of requiring another organisation to monitor them.

PUTRAJAYA – After 10 months of heading the Enforcement Agency Integrity Commission (EAIC), Tan Sri Mohd Sidek Hassan believes the best way to deal with corruption issues in Malaysia’s enforcement bodies is to instil a culture of honour in these agencies.

The former chief secretary to the government told The Vibes that it is impossible for him and his team to directly supervise as an oversight body for around 214,000 enforcement personnel in 21 agencies, given that the commission has only 78 members, including drivers, with an annual budget of RM8 million.

Sidek said it is far more sustainable, honourable and credible for agencies, such as police and the Immigration Department, to inculcate a culture of integrity in officers instead of requiring another organisation to monitor them.

“So, the best is to work with those people, because they know their own people. They know how it is. Police, for example – if the agencies themselves take action on their people – No. 1, it has more integrity to it; No. 2, there’s more credibility to it; No. 3, there will be more sustainability about it.

"If you get us or the Malaysian Anti-Corruption Commission to do it, we may handle one particular case, but is that sustainable? On the other hand, if you have the whole organisation with a culture of zero tolerance on integrity issues taught by our people, they will police themselves."

He said the nation’s top cop, Tan Sri Abdul Hamid Bador, would die standing if he plans on cleaning up the force on his own, without the assistance of his deputies, and state and district police chiefs.

Sidek added that even popular Johor police chief Datuk Ayob Khan Mydin Pitchay, who has been actively purging the state’s force of corrupted cops by charging them in court, cannot monitor all police in the state.

Ayob Khan has come on record to say he will not send dirty officers to Bukit Aman for a domestic inquiry, and instead, will open charge sheets and investigation papers against them, and let the courts do the rest.

“If you say ‘let Bukit Aman do it’, it’s almost like police saying ‘let EAIC do it’. All I’m saying is, let them handle themselves. If the IGP has to handle everything, it would be difficult,” said Sidek.

“If I was the secretary-general of Miti (International Trade and Industry Ministry), for example, I wouldn’t do it all myself.

However, he said, when it comes to disciplining staff, one must not just punish them when they make a mistake or commit a wrongdoing, but also reward those who perform well.

EAIC is collaborating with Deputy Inspector-General of Police Datuk Seri Acryl Sani Abdullah Sani, and Integrity and Standard Compliance Department director Datuk Zamri Yahya to come up with an integrity template for police.

Sidek said Acryl Sani is keen to implement EAIC’s integrity plans for the men in blue, as the latter has asked the commission to include state contingents and other enforcement agencies under its purview.

He also noted that the majority of enforcement personnel, as well as their top leaders, are clean, and they themselves are sick and tired of their respective agencies being accused of corruption, seeing that it takes only one bad apple to spoil the bunch.

During the interview, the Pahang native lived up to his ideals of leadership by example.

The Vibes requested Sidek to remove his mask for a photography session, but the EAIC chairman refused, saying Covid-19 standard operating procedures do not allow it.

"I cannot (take off my mask), we must follow the SOPs. It’s leadership by example. You must not have double standards. Even when I was chief secretary, if you have to have two standards, the standard you set for yourself as a leader must be higher."

“It’s leadership by example. I say the same thing all the time. If you ask me, I won’t (take off my mask),” he lightly scolded the reporter who made the request. – The Vibes, April 30, 2021

The majority of enforcement personnel, as well as their top leaders, are clean, and are themselves sick and tired of their respective agencies being accused of corruption, says Tan Sri Mohd Sidek Hassan. – SAIRIEN NAFIS/The Vibes pic, April 30, 2021